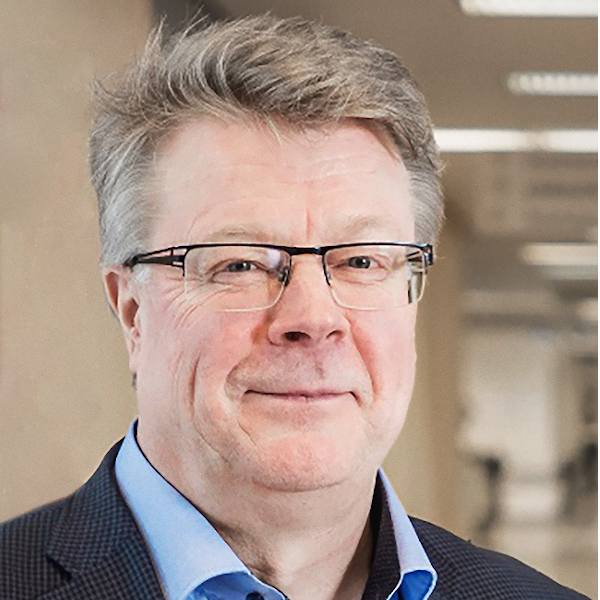 Professor Kataja is the Chief Medical Officer at Kaiku Health Ltd, and an Adjunct Professor of Clinical Oncology at the Faculty of Health Sciences, School of Medicine, University of Eastern Finland (UEF), Kuopio, Finland.

Professor Kataja studied in Wales, Canada, and Finland and received his Physician’s license in 1985. He acquired the state qualification as Specialist in Medical Oncology and Radiotherapy in 1993. Following this, he was employed by the Sandoz Clinical Development Centre Ltd. in Frimley, United Kingdom, as a Medical Adviser in Oncology.  From 1995 to 2006, he was the Deputy Head Physician at the Department of Oncology, Kuopio University Hospital (KUH), Kuopio, Finland, and the Consulting Clinical Oncologist in two hospitals. He then worked as Head of the Department of Oncology and Medical Director of the Conservative Clinics at Vaasa Central Hospital, Finland, until Dec 2010. From 2011 – 2014, he acted as the Professor (fixed period) of Clinical Oncology at the University of Eastern Finland (UEF) and the Head of Cancer Center at KUH. He continues as an Adjunct Professor of Clinical Oncology at UEF and the adjoining University teaching hospital. Before joining Kaiku Health Ltd, professor Kataja worked as the Chief Medical Director at Central Finland Health Care District for six years.

Professor Kataja’s basic research interest has been in the field of breast cancer genetics; however, his clinical research focuses on genitourinary tumors. Professor Kataja has authored/co-authored > 200 peer reviewed and PubMed – Cited articles, and chapters in three textbooks, and he is an ad hoc reviewer for several oncology journals. He is a member of many professional societies, scientific boards and working groups nationally and internationally. He has been an active member of ESMO over 20 years, having been the member of the ESMO Guidelines Working Group since the very beginning, and later the Guidelines Subject Editor for Genitourinary Tumours.